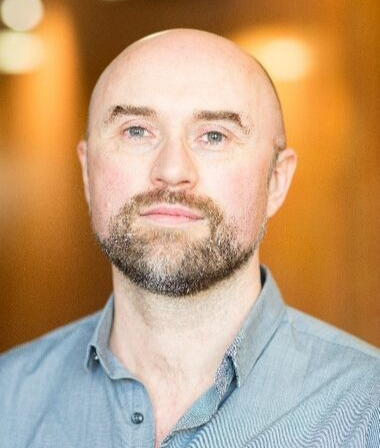 Martin is a child trafficking and care reform expert.  He has over 18 years’ experience in the child protection sector in the UK, India and Nepal.  Martin was NGN’s Country Director in Nepal from 2012-16 where he instigated and led the campaign to raise awareness of the links between institutionalization, trafficking and voluntourism.  He also co-authored NGN’s publications, The Paradox of Orphanage Volunteering and Reintegration Guidelines for Trafficked and Displaced Children Living in Institutions.  After the Nepal Earthquake in 2015 Martin oversaw the establishment of NGN’s family strengthening projects, including our anti-trafficking street drama which still runs today.  Martin returned to his native UK in 2016 where he joined JK Rowling’s organization, Lumos Foundation.  At Lumos, Martin led the Global Training and Technical Advice team in advising governments, NGOs and churches in how to transition from running orphanages to family and community-based care.  Martin has also worked in India for Nobel Peace Prize Laureate, Kailash Satyarthi, on projects aimed at eradicating child labor in supply chains.  Martin describes himself as an international development consultant, a committed father and passionate advocate for children everywhere.