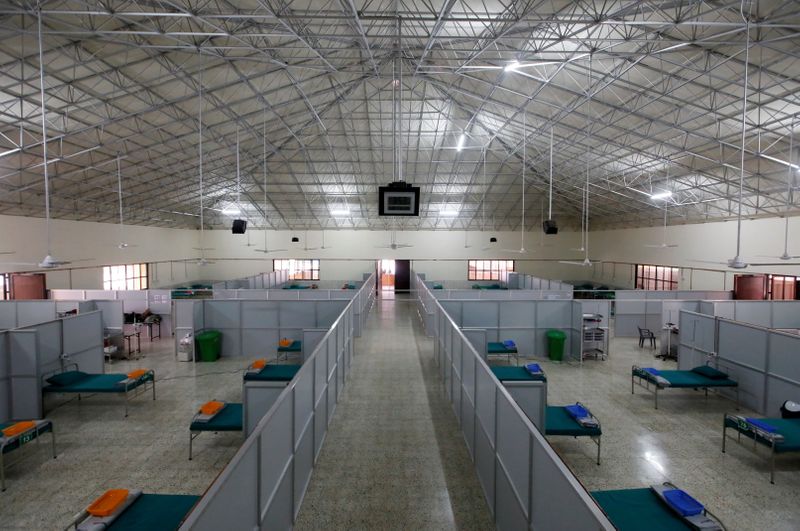 Nepal asked its hospitals on Friday to reserve beds for children for fear another surge in coronavirus infections will hit them hard, something officials in neighboring India are also preparing for.

The move came as the government approved for emergency use the COVID-19 vaccine made by Sinovac Biotech of China.

Prime Minister K.P. Sharma Oli’s government has been criticized by experts for its handling of the ongoing second wave in Nepal, which has led to an acute shortage of oxygen, hospital beds, and medicines.

“Hospitals and medical institutions must set aside at least 20% of beds for children, who are likely to suffer the most in the potential third and fourth waves of coronavirus,” the Ministry of Health and Population said in a statement.

“Hospitals must also ensure the availability of enough oxygen.”

Daily infections in the Himalayan nation are hovering around 5,000 after hitting a peak of more than 9,000 in early May. Nepal had reported fewer than 100 daily cases in March. It has reported 581,560 infections in total and 7,731 deaths.

Donors have rushed aid including oxygen, protective gear, drugs and face masks to the country, which is also struggling to secure vaccines after neighbouring India stopped exports to meet its local demand.

Santosh K.C., a spokesman for the Department of Drug Administration, said “conditional permission for the emergency use” had been given for the coronavirus vaccine (Corona Vac) made by Sinovac Biotech of China, the fifth shot to be approved by Nepal.

Earlier it had approved two Indian-made vaccines – AstraZeneca’s and COVAXIN – China’s Shinopharm and Russia’s Sputnik V for emergency use in the Himalayan nation.

Nepal has provided at least 3.1 million vaccinations to its people so far.