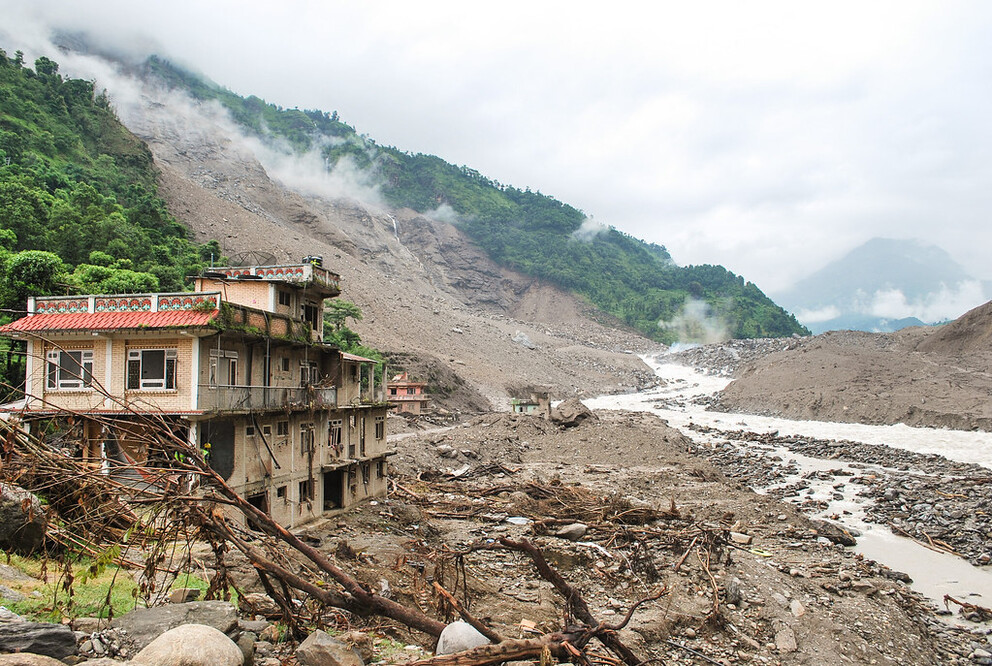 The effects of monsoon rainfall on food insecurity in Nepal vary by earthquake exposure, with regions that experienced both heavy earthquake shaking and abundant rainfall more likely to have an inadequate supply of nutritious food.

That is one of the conclusions of a study led by Heather Randell, assistant professor of rural sociology and demography in Penn State’s College of Agricultural Sciences. She said the findings have implications for Nepal — one of the most disaster-prone countries in the world — and for countries around the globe, given the increasing frequency and severity of extreme weather events due to climate change.

“While many studies have examined how individual natural disasters or adverse weather events impact crop production and food security, little is known about the effects of exposure to multiple events in close succession,” Randell said. “The knowledge gained from this study can serve as a platform to create adaptation strategies that will improve global health and promote sustainable development.”

Randell, who began the study as a postdoctoral scholar at the University of Maryland, explained that climate change leads to an increased risk of multiple environmental hazards occurring within a short timeframe. These combined stressors, called compound events, present unique challenges, given that the first hazard may undermine a household’s or community’s ability to withstand subsequent hazards.

Nepal, a landlocked country in South Asia, experiences high rates of poverty and food insecurity. Thirty-six percent of Nepali children under the age of 5 years suffer from chronic malnutrition, per U.S. Agency for International Development statistics.

“With climate change, Nepal is projected to experience increased monsoon rainfall variability, with a greater frequency of above- and below-normal rainfall as well as heavy rain events,” she said. “These heavy rainfall events also can trigger flooding and landslides, which can lead to negative agricultural, health and economic impacts.”

Not only that, but Nepal is one of the most earthquake-prone regions in the world given its proximity to two converging tectonic plates: the India plate and the overriding Eurasia plate to the north. In April 2015, the 7.8-magnitude Gorkha earthquake hit near Kathmandu, killing 9,000 people and injuring many others. More than 600,000 structures were damaged.

“Recently, Haiti experienced a magnitude 7.2 earthquake followed by Tropical Storm Grace, which impeded the rescue process and flooded areas damaged by the earthquake,” she said. “These types of events raise the question — how can we better plan for compound events to protect the most vulnerable?”

Working with Amir Sapkota, a professor of environmental epidemiology at the University of Maryland, Randell and a team of scientists examined data from the 2016 Nepal Demographic and Health Survey. This survey, which was distributed to women in about 11,000 households in 73 of Nepal’s 75 districts, contained information on food security, geographic location and an array of household- and community-level variables.

That information was integrated with earthquake intensity data from the U.S. Geological Survey and monsoon rainfall data from the Climate-Weather Research and Forecasting Model.

Fourteen of Nepal’s districts experienced the most severe earthquake impacts in terms of deaths, injuries and damage to infrastructure. Randell and the team hypothesized that these earthquake-affected households would be more vulnerable to drought conditions than households in areas not damaged by the earthquake.

And, in regions that were minimally impacted by the earthquake, low rainfall was associated with increased food insecurity, likely due to lower agricultural productivity in drought conditions.

Randell said additional research is needed on the social impacts of compound environmental shocks. “Through a better understanding of how compound events impact human health and well-being, we can better identify which groups are most vulnerable, and we will be able to assist communities to recover and build resilience more effectively,” she said.