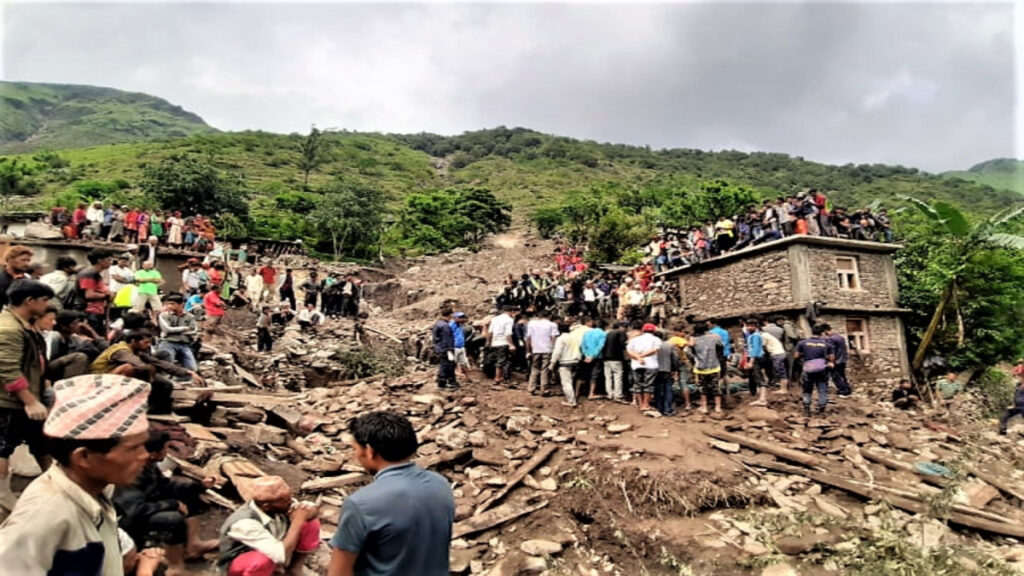 So far, 11 bodies have been pulled from the debris and police, soldiers and villagers were searching for at least 15 more believed to be buried by the landslide, government administrator Baburam Khanal said on the telephone.

The landslide early on Sunday swept three villages before it stopped at a river. Continuous rainfall had made it difficult for rescuers to do their work that day.

Homes and people were swept away in Bahrabise, 100km (62 miles) east of the capital Kathmandu near the border with the Tibet region of China, Nepalese government official Murari Wasti said.

The village and the surrounding area were among the regions worst hit by Nepal’s devastating 2015 earthquake and reconstruction work had been ongoing when the landslide struck.

The torrential rain, which caused a foothill to collapse, destroyed more than 100 houses in Bahrabise.

“We fear more landslides as the soil has grown weaker after the earthquake,” said Nimphunjo Sherpa, mayor of Bahrabise municipality.

The municipality is planning to move some at-risk settlements, he added.

Two others died in a landslide in Baglung in the northwest.

Both landslides struck the villages before dawn and people could not escape to safety, rescuers said.

The latest fatalities took the death toll from landslides and flash floods in the June-September monsoon season to 314.

At least 111 people remain missing and 160 have been injured, Wasti said.