How to reduce disaster risks 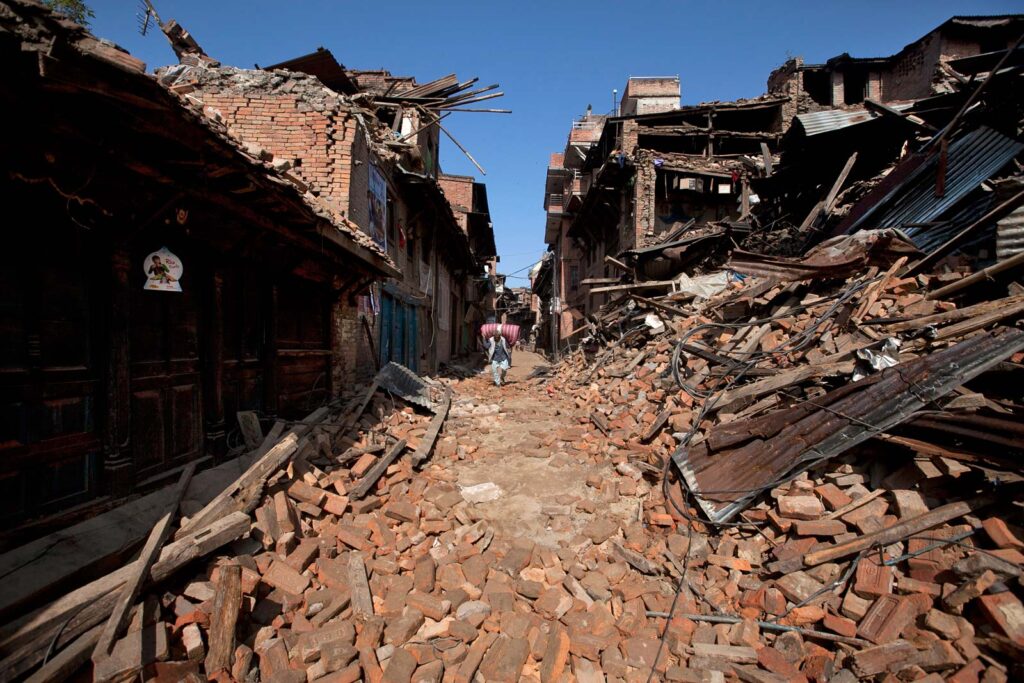 Nepal is highly vulnerable to various types of natural disasters. They cannot be stopped but the extent can be reduced by taking preventive measures for which pragmatic government policies and technological advancement are of utmost importance. Disaster risk management is on the verge of going digital in Nepal. The National Disaster Risk Reduction and Management Authority is a legal framework for understanding disaster risk. It has a Building Information Platform Against Disaster (BIPAD) portal which was developed by pooling all credible digital and spatial data available within different government agencies, non-government organisations, academic institutions and research organisations on a single platform.

It is an integrated and comprehensive national disaster information management system designed to foster disaster data partnership and data sharing. It builds upon the concept of creating a national portal embedded with independent platforms for national, provincial and municipal governments with a bottom-up approach of disaster data partnership. Users can see alerts of various disaster events throughout the country by province, district and local unit on the BIPAD portal. It also shows the basic details of the incident including losses so users can analyse the severity of the incident and respond accordingly.

Disaster information management systems and online databases are under development with features for increasing accessibility for public use. They include SAHANA, DesInventar, Nepal Disaster Risk Reduction Portal, Nepal Government GeoPortal and primary data of real-time water and flood monitoring system of the Department of Hydrology and Meteorology. The department has a mandate from the government to monitor all hydrological and meteorological activities in Nepal. It has established hydro-meteorological stations in Rasuwa, Solukhumbu, Kaski, Dolpa, Humla, Dolakha, Jumla, Sankhuwasabha and Manang. These stations collect temperature, precipitation, relative humidity, solar radiation, wind speed and direction and water level data. The information helps to issue forecasts and early warnings to minimise losses from disasters. The early warning system installed by USAID issued a flood alert in the Kankai River basin through SMS in 2017, thanks to which there were few deaths although many houses were submerged, and crops and livestock destroyed.

Despite the huge opportunities, there are a few challenges for disaster risk reduction in Nepal. The main challenge is that our disaster management models are based on historical data and observation, assuming that the past is a reasonable guide to the present and future whereas such assumptions have now been rendered obsolete on almost every front. Risks are emergent and increasingly non-linear, but our conventional response is linear. There is an information, technology and knowledge gap in the practical aspects of disaster management. Limited work has been done on scientific risk assessments so far. There are not sufficient hydro-meteorological stations while some of the existing ones have been damaged and not updated. The country lacks advanced technology including early warning systems. There is weak coordination between different disaster-related agencies, and few non-governmental organisations are willing to work in disaster preparedness, mitigation and rehabilitation work. Rapid urbanisation and unplanned settlement combined with a lack of public awareness about preventive measures to reduce the impact of natural disasters are some other challenges.

In 1970, Cyclone Amphan killed 300,000 people in Bangladesh. In 1991, the tropical cyclone killed about 145,000 people; but in May 2020, only 26 people died as nearly 2 million people were evacuated in time. This was made possible by high-resolution numerical weather prediction information and round-the-clock surveillance of tropical cyclones by three satellites over the Bay of Bengal. This example demonstrates that Nepal can also explore applicable solutions for disaster risk reduction. Responsiveness, technology and coordination are the three important factors to be prioritised for effective disaster risk management. More scientific research is needed to understand disaster risks. The disaster information management system needs to be institutionalised at all tiers of government from local to federal. Similarly, coordination with international cooperation should be done for knowledge and technology transfer.

Coordination can be done with the Central Bureau of Statistics during the census for generating, managing and digitising data. For big data processing and modelling, there should be a provision for high power computing machines like supercomputers. Sufficient meteorological and hydrological data along with sediment discharge stations needs to be installed. The existing hydro-met stations should be upgraded with the latest early warning system and automatic hydrological stations including a telemetry system. Similarly, information technology and user-friendly technology needs to be developed for the early warning system. Satellite-based emergency mapping needs to be improved both in quality and response by enhancing radio systems and geographic information system-based technology.

Collaboration should be done with multiple stakeholders to make use of drones for disaster monitoring and damage assessment and robots for rescue operations. Real-time information should be given through Facebook, Twitter, Instagram and YouTube which should be further analysed and validated by artificial intelligence to filter and classify information and make predictive analysis. Internet of things including sensors can send alerts about potentially dangerous situations. For example, river levels can be monitored by sensors for possible flooding, and ground sensors can detect earth movements that might signal earthquakes. Tree sensors can detect if a fire has broken out by testing the temperature, moisture and carbon dioxide levels.

Non-governmental organisations need to be motivated to work in disaster-affected remote areas. Planned settlements are needed and building codes should be strictly implemented. Mass education, literacy and awareness campaigns should be launched in order to educate and make the people aware. Finally, emergency response planning and capacity enhancement, strengthening the policy and legal environment, and efficient and effective reconstruction and rehabilitation work are particularly necessary. Nepal’s disaster management models should be proactive, but it is still reactive. Such models are essential to minimise the risk of disasters; and through ongoing technological advancement and rational policies, Nepal has much to achieve on this front.