Stories from the Field: Life in NGN’s Transit Home During the Lockdown in Nepal 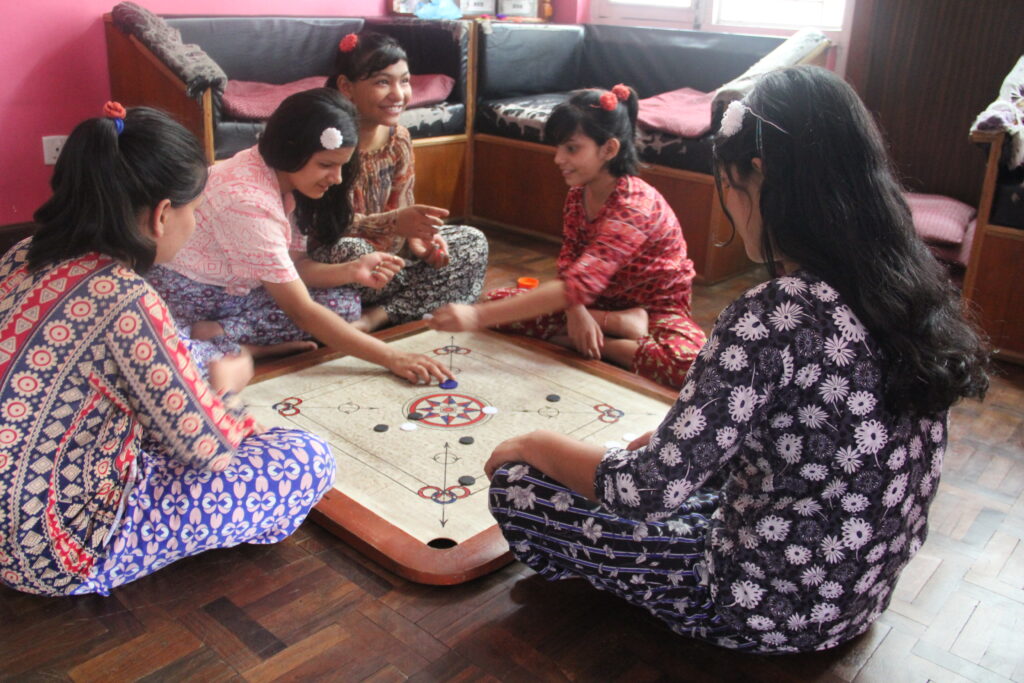 On February 23, NGN and the Nepal government rescued 7 girls from an illegally run orphanage. Our reintegration officers were slowly gaining the trust of the children so that could find out as many details about their families as possible. Unfortunately, right before they were going to set out to find these families, Nepal shut down the country due to Covid-19. All trips into the field were canceled and our staff began working from home – except, of course, for the amazing staff of the transit home. The reintegration officers were able to reconnect all the children with their families by phone, but the pandemic prevented any in person reconnections at that time. After the parents learned of their rescue, the parents wanted their children back as soon as possible This of course was expected as the fear of Covid ravaged the country, and they hadn’t seen their children for a long time. It quickly became clear that there was no hope in returning the children very soon and they would remain with NGN for some time. 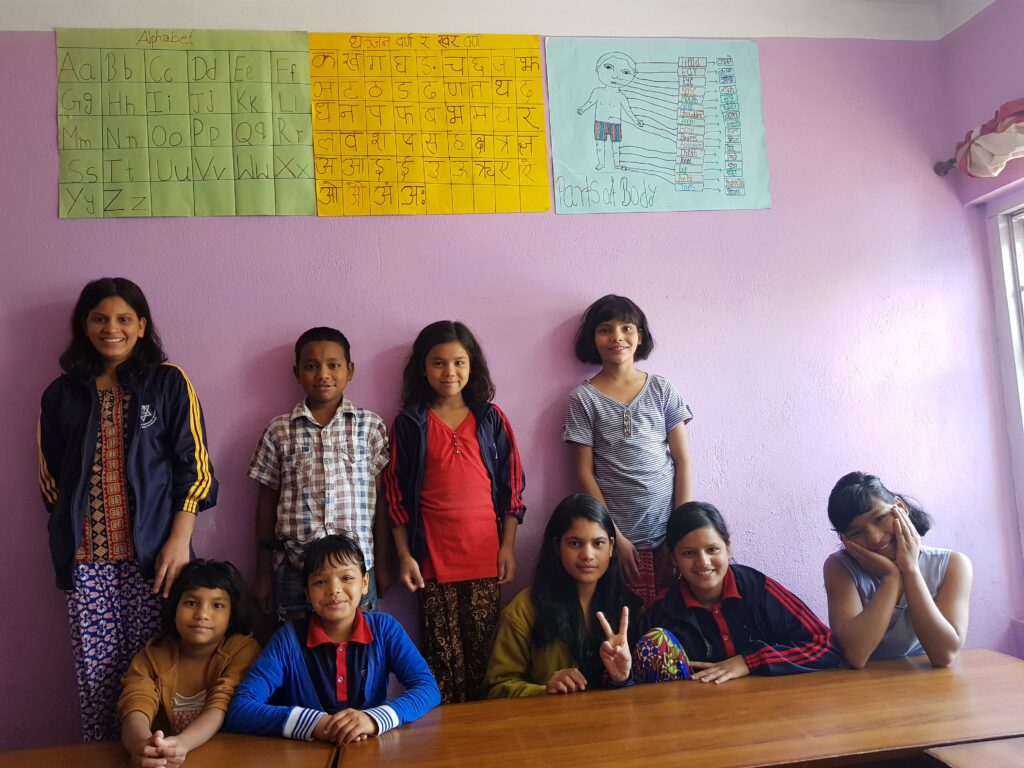 NGN has a highly creative staff who created an ambitious plan for the children during their extensive time at NGN. From 10:00 to 4:00,  seven days a week, the staff focused intently on education. NGN has an in-house tutor who worked with the children during these times. There was an emphasis on math, science and reading. The girls also were asked to write stories to help them process the reality of the pandemic and the challenges that were facing them.

Of course, we also wanted the children to remember this as a time of joy and not despair as they waited to go home. There was plenty of time built into the day for them to play and learn new fun skills. They practiced sewing, cooking, cleaning, yoga, story-telling and of course, they spent plenty of time dancing!. They spent a ton of time outside in the courtyard of the house. They also played inside games like carom, ludo, chess, skipping, and hide and seek as they filled the house with laughter during those moments. 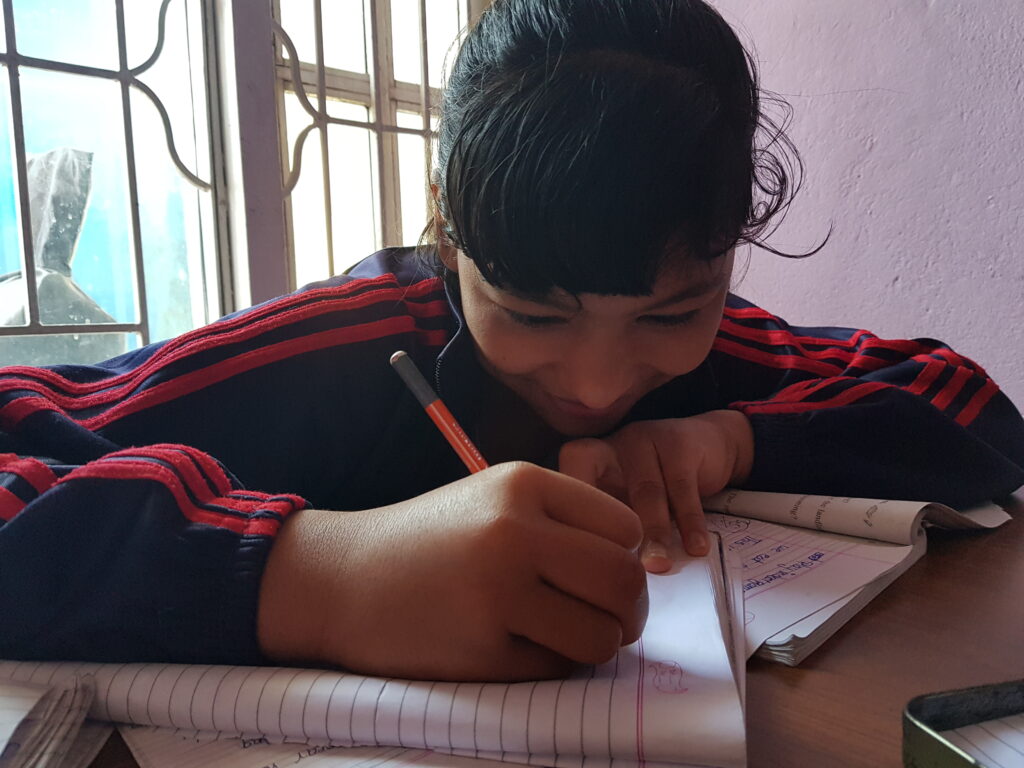 The children spoke to their parents often on the phone and over the computer. Despite this, the parents were still impatient to have their children home as it had been so long since they had seen them. As NGN’s team was not allowed to travel due to the continuing government restrictions, one of the parents rented a private vehicle and obtained the relevant permits to get the children back to their village. NGN approved this, and the children were finally home on July 10th! 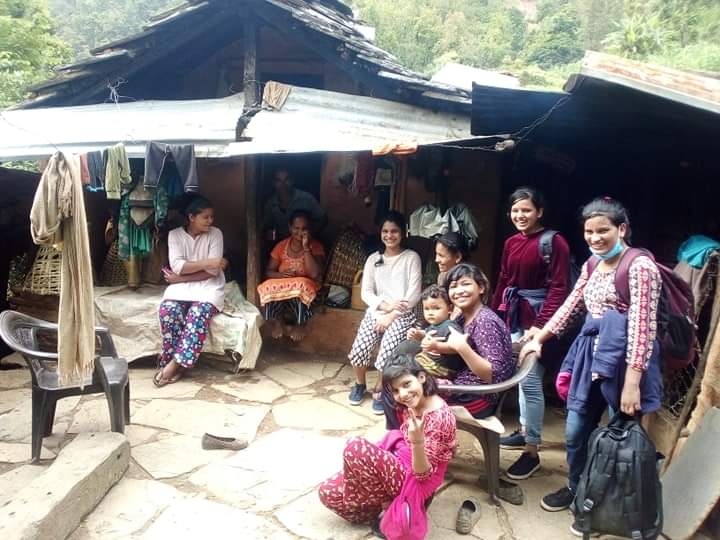 The families were ecstatic to have their children home. They were also very grateful to NGN for finding them, keeping the children safe, and keeping them Covid free during their time with us. The girls ended up with great learning, practiced some skills and had a lot of fun during a time that could have been much worse without the dedication and creativity of NGN’s staff.