In August 2004, NGN’s founder, Conor Grennan, left his job at the EastWest Institute in Brussels and set off on a solo, year-long, round-the-world trip. His journey began with a three-month-long volunteering stint in the Little Princes Children’s Home in the village of Godawari, Nepal. Here he fell in love with the 18 children in his care. During this time he was stunned to discover that the children that were under his care and who he had developed very strong bonds with were not orphans at all. They had parents and siblings and friends somewhere in Nepal, and he asked himself, “How to bring these children home to where they belonged?”

In April 2006, Conor’s time at Little Princes Children’s Home ended and he returned to America where he began assembling a highly talented and compassionate board of directors. Together they formed Next Generation Nepal, a nonprofit organization dedicated to securing and protecting trafficked children from exploitation and abuse, and reuniting them with the parents they had been taken from years ago.

Conor didn’t wait long to return to Nepal and set up Next Generation Nepal, which was now a registered INGO, and allowed NGN to begin working in Nepal. His first priority was to move the Little Princes children to a safe home overseen by Conor and his trusted friends until their families could be found. During this time Conor was horrified to discover that there were thousands of trafficked children who were beyond the reach of the system, children who were abandoned and forgotten, who had little or no food, shelter, or access to medical attention. Conor spent hours with several acquaintances discussing how to protect these children and give them the same opportunities the children of the Little Princes had been given. 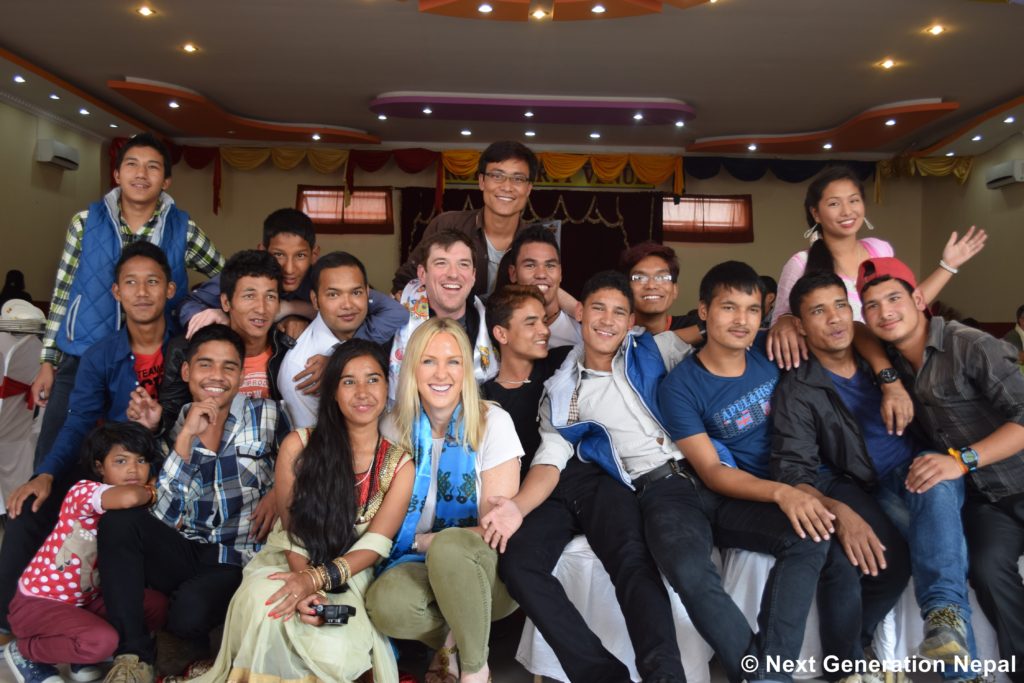 Conor, Liz and senior youth at the Dashain event in Nepal

While Conor was volunteering at the Little Princes Orphanage, a new group of volunteers arrived, and included in that group was a particularly kind and wonderful woman, Liz Flanagan, who Conor, at every opportunity tried to make himself noticed by her. Liz would return to Nepal six more times before becoming a strategic leader in the organization, giving much of her time and resources to helping the organization flourish. Conor proposed to Liz and they married in 2008. Together, they continue to raise money for NGN and guide the organization’s strategic development.