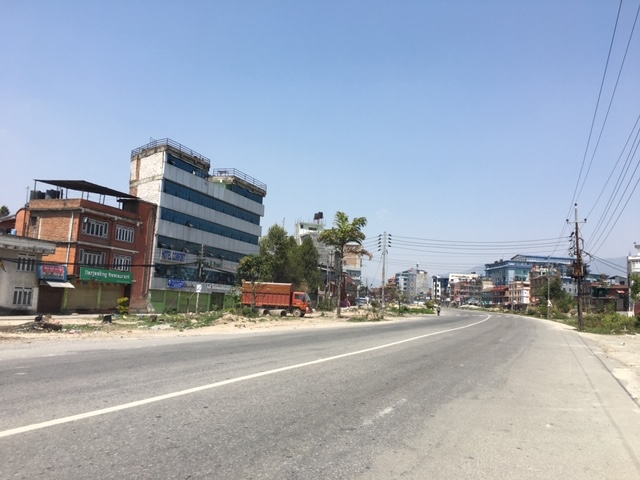 On Monday, the Nepal government extended the ongoing nationwide lockdown until April 15 to battle the spread of the novel coronavirus disease (COVID-19) pandemic.

As countries globally plunge into enforced lockdowns to check the spread of the virus, Nepal followed suit.

The government had announced a week-long nationwide lockdown on March 24 in a bid to stop the coronavirus from spreading out of control. Nepal has confirmed nine cases.

The country’s once-busy market places are desolate, almost all shops are shuttered, borders are closed, and people have been asked to stay in their homes except to buy essentials.

The speed of the transportation shutdown meant that migrant workers had no time to get home. Around 500 Nepalese laborers are stuck at the border with India in Darchula as they are desperate to get back home having been rendered homeless and jobless by the ongoing lockdowns. With businesses shut down across the country, many Nepali migrant workers working in India were suddenly without jobs and shelter.

For Nepali migrant workers, who work in India, the measures are a double blow. The cessation in economic activity has vaporized their income while the lockdown eliminated their normal way home.

According to recent reports, some migrant workers swam across the Mahakali river from India to enter Nepal. But as they reached the border, they were detained by police from Nepal. More than 500 Nepali migrants were stranded at the border for several days. Nepali officials had rescued some Nepalis from Darchula by opening a suspension bridge that connects Nepal and India.

As panic over this deadly virus escalates, many head back to their villages from the major cities of Nepal. Transportation was halted as the government announced a nationwide lockdown. The effect has been a walking exodus of hundreds of people. Those who couldn’t make it on time are attempting to walk many miles to get back to their home.

“I reached home after walking almost for 18 hours,” said Sachin Pandit who recently got back to his village in Sindhuli after getting stranded in Kathmandu for several days. “I lived in my friend’s house for several days but after I ran out of money I decided to walk.”

Recently, several trekkers stranded on trekking trails were rescued. Many tourists were stranded since the government announced the lockdown to check the spread of the virus. Hundreds of thousands of tourists visit Nepal, home to the world’s highest mountains and hiking trails, each year.

As people found themselves abruptly shut-in due to nationwide lockdown, the poor are the worst affected. For those workers who work on daily wages, the lockdown and economic shock are a blow. “People are fearing of hunger but now I fear I will die of hunger,” said Binod Tamang, a taxi driver. He came to Kathmandu three years ago for work. He planned to go back to his village for the lockdown, but he couldn’t make it in time. He is more worried about his family.

The situation could get worse if the desperation accelerates and people go without food and job for long. On Sunday, the government announced some relief packages and measures to support people made unemployed by the nationwide lockdown. Time will tell how this will help people who live off their daily wages.