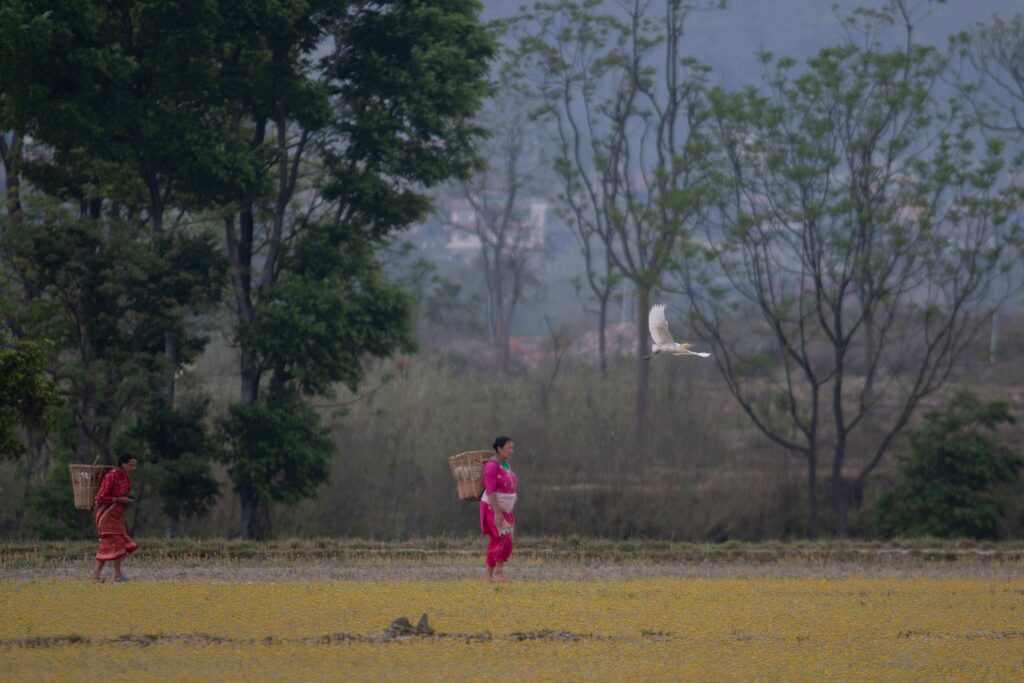 Nepal’s increasing economic reliance on connectivity with the outside world means that the economy will be battered by restricted domestic and international mobility during coronavirus lockdown.

The country was relatively unscathed during the global financial crisis of 2008, but the global financial meltdown this time is already hitting Nepal’s economy hard, and experts say the impact will be much worse unless the lockdown is accompanied by an economic bailout strategy, and a social safety net for the most vulnerable.

“Our economy is being hit simultaneously on multiple fronts in supply, demand and business standstill. So, there is no single policy solution, we must implement monetary, fiscal, and job-led stimulus,” says former Finance Secretary Rameshwar Khanal. “Any delay will mean that the impact on the economy will be much more serious than already seen.”

However, the unprecedented nature of the pandemic and its devastating impact on two of Nepal’s largest sources of income, remittances and tourism, have made it difficult for policy makers to implement a strategy to cushion the economic impact on the people.

The predicted loss of revenue for the budget so far is estimated at Rs200 billion, and Nepal’s economic growth rate is expected to shrink by up to 4%. The economic impact of the pandemic add to pre-existing macroeconomic problems including a growing balance of payments deficit. Nepal saw a fall in its current account balance from $240 million to $742 million in the first quarter of this fiscal year, and this gap is expected to widen with a freeze of trade and movement.

The domino effect of the pandemic lockdown will result in a drastic fall in aggregate demand, the total spending on goods and services. This means businesses will be unable to sell products, reducing future production, in turn leading to workers losing their jobs. Workers are then unable to buy, the supply chain will be disrupted with downward pressure on market demand, resulting in a rise in prices.

Nepal’s GDP is expected to shrink from 7.1 percent to 5.3 percent in the current fiscal year and the reduction could be even greater if the pandemic persists. Prices of basic necessities have already risen by around 10% in the first months of the fiscal year, and with many low-income households losing their source of livelihood, they are already facing shortages.

Experts have warned that the economic fallout have to be minimised, while protecting the most vulnerable sections of the population. The government has announced a relief package of monetary and material support for low wage working populations and has issued directives to address employees in the tourism sector, tenants and insurance for health workers and security personnel at the frontlines.

However, the Asian Development Bank notes that many of these are short-term alleviating measures, and do not factor in the possibility of a long-term lockdown or a possible future outbreak in the country.

Ministry of Finance spokesperson Uttar Kumar Khatri said this week the government was bringing forward the annual budget that would take measures to stimulate the economy. However, Khatri admitted that uncertainty surrounding the government’s exit strategy from lockdown, and how normal activities will resume mean that it is too early to discuss details.

The National Planning Commission has said the Rs1.8 trillion budget ceiling is flexible, but officials remain unsure about the amount of government expenditure needed to restart the economy. Policy makers have also been unable to produce a concrete action plan because of the uncertainties about the duration of the pandemic globally, how soon and how India, the Gulf and other countries where Nepalis are working will open up, the resumption of international and domestic flights.

Khanal suggest increasing capital expenditure to spur demand and long-term production capability of firms, and a slashing interest rates to facilitate easier leading. Such measures will bump up aggregate demand, and slowly reinvigorate the economy even beyond the pandemic.

The Finance Ministry is also looking at cutting costs, with the cancellation of work-related bonuses for government employees and discouraging import of luxury items. But experts say capital expenditure should not be allocated for cars and other imports to maintain tax revenue.

Former Prime Minister Baburam Bhattarai, who now chairs the Samajbadi Party Nepal has formed a 17-member multi-partisan Civil Movement against Coronavirus, says: “We have to ensure that we take care of the livelihoods and incomes of the poor and wage labourers, encourage agriculture and cut waste.”

The most effective way for Nepal’s economy to outlast the pandemic and its aftermath, experts say, is to create jobs by upgrading rural infrastructure which would decentralise expenditure, and provide downstream benefits when the roads, bridges, irrigation schemes are completed. This in turn would infuse cash into economy, increase demand for goods and services, create more jobs and kickstart the economy.

Analyst Bishnu Rijal lists six decisions the government should take immediately to be more frugal and judicious with investment: scrap pork barrel funds MPs get, disburse the Prime Minister’s Relief Fund for the most vulnerable, stop all expenses on meetings, conferences and junkets, suspend all project that have not started yet, invest in infrastructure, and prioritise agricultural production.

Indeed, food security, agricultural self-sufficiency and a move towards value-added agro-processing will probably hold the key to Nepal’s economic revival. These measures were needed even before the pandemic, but the current crisis provides the opportunity to give agriculture the priority it deserved.