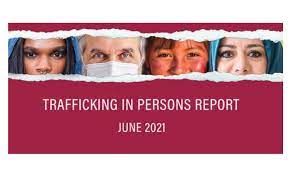 The Government of Nepal does not fully meet the minimum standards for the elimination of trafficking but is making significant efforts to do so. Despite the documented impact of the COVID-19 pandemic on the government’s anti-trafficking capacity, the government demonstrated overall increasing efforts compared to the previous reporting period; therefore Nepal remained on Tier 2. These efforts included convicting two former officials of corruption-related activities that contributed to vulnerabilities in overseas worker recruitment, taking steps towards lifting the ban on some female migration overseas, and continuing to raise awareness on trafficking. The government also hired more personnel for the law enforcement unit dedicated to human trafficking—the Anti-Trafficking-in-Persons Bureau (Anti-TIP Bureau)—which is actively investigating cases and took steps towards amending the 2007 Human Trafficking and Transportation Control Act (HTTCA). However, the government did not meet the minimum standards in several key areas. The government’s laws do not criminalize all forms of labor trafficking and sex trafficking, and officials’ identification of, and protection for, male trafficking victims and transnational labor trafficking victims remained severely inadequate compared to the size of the problem. Official complicity in trafficking offenses remained a serious problem, both direct complicity and negligence. In addition, while the government signed a labor memorandum of understanding (MOU) with Israel, it required Nepali migrant workers to pay recruitment fees and related expenses, inconsistent with international best practice. Furthermore, officials continued to encourage migrant workers exploited abroad to register cases under the 2007 Foreign Employment Act (2007 FEA), which criminalized fraudulent recruitment, rather than refer cases to police for criminal investigation of labor trafficking.