The Orphan Myth: The Global Movement to End Institutionalization 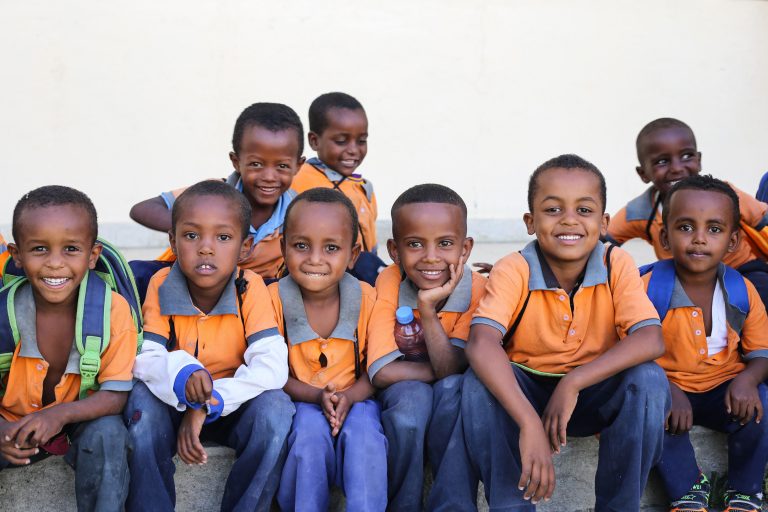 Helping orphans and supporting orphanages is almost synonymous with what it means to be compassionate.  At least this is the perception in popular culture.  But what if it turned out that most children living in orphanages are not in fact orphans?  What if there was evidence that supporting orphanages can actually harm children?  As bizarre as this notion may sound, it is actually true.
Official estimates state there are at least eight million children living in institutional care globally.  Unofficial estimates suggest the real figure may be much higher.  Institutional care means any kind of residential care where: (i) children are separated from their families and the community; (ii) children do not have sufficient control over their lives and the decisions which affect them; and (iii) the requirements of the organisation take precedence over the individualised needs of the children.  Institutions can be known under many different names, including: orphanages, children’s homes, children’s villages, residential hospitals, hostels, refugee centres, etc.  The evidence shows that 80% of children living in institutions around the world are not in fact orphans; they have one or both parents alive.  Furthermore, with the right support, all children in institutions could be living in families – this could be with their parents, with other relatives, in foster care, adoption or special family-like care homes in the community.
The evidence also shows that institutional care severely harms children.  It hampers their physical, emotional and intellectual development and reduces their life chances.  One of the ways it does this is by impairing their early brain development and reducing their ability to form healthy attachments with primary carers.  This is a process which normally happens naturally between a child and their parent, or another close carer, in a family setting.  This cannot be replicated easily in institutions.  Institutional care is also shown to impair long-term survival skills and coping mechanisms for children in wider society.  In one particularly shocking study of young people who grew up in institutions in Russia, one in five committed crimes, one in seven became a prostitute, and one in ten took their own lives.
Children growing up in institutions are at a much higher risk of physical and sexual abuse than children living in families, and in many parts of the world, increasing evidence is showing a close link between orphanages and trafficking.  ‘Orphanage trafficking’ involves children being deliberately separated from their families so they can be presented as orphans or as destitute, as a way of attracting financial donations from volunteers, tourists, churches and other donors.  In other words, the compassionate donors who support these sorts of orphanages, with the best-intentions, are inadvertently creating the incentive for children to be separated from their families and to be exploited – it is a horrifying paradox.
The solution to institutionalisation lies in finding ways to safely and sustainably close-down institutions and move the children into families and family-like care settings.  A major part of this work involves providing support for families, and the services which support them, so they have better skills and capacity to care for vulnerable children.  This is a process known as ‘deinstitutionalisation’ or ‘care transformation’, and a rapidly growing movement of child rights organisations is calling for this change to happen globally.

Of course, deinstitutionalisation is easier said than done.  It is a complex and sensitive process which can take many years, if not decades, to implement properly.  It involves careful research to understand the profile of children living in institutions and the reasons they were originally placed there; assessments of individual children as to their specific needs so the right family-placement can be found, as well as careful preparation work before the children can be moved; the protection of financial and other resources going into institutions, so they can be redirected towards family support services; the re-training of institutional personnel so they can be redeployed into family support services; and, of course, an excellent communications strategy to ensure that all relevant stakeholders, from government officials through to families and children themselves, understand and ‘buy into’ the process.

Despite the many challenges, huge progress is being made in the unlikeliest of places.
In Moldova – which is arguably the poorest country in Europe – between 2017 and 2019 there was a 90% reduction in children living in institutions, thanks to a concerted effort by the Moldovan Government.  Key parts of this success were the investments made in inclusive education and community nurses.  Similarly, in Rwanda, huge progress has been made since 2012 with 70% of children in institutions being reintegrated with their families or placed in foster care.  Rwanda looks set to become the first country in Africa to be orphanage-free.  In 2019 a new resolution by all 193 states of the UN General Assembly called for the total elimination of all institutions globally, which demonstrates the growing momentum for this change to happen.
Many people are surprised when they first learn about the ‘orphan myth’.  Furthermore, in many wealthy countries people often do not see this as an issue relevant to their lives.  But there are lots of children in the care system in wealthy countries who are still being unnecessarily placed in children’s homes where abuse and exploitation is rife.  There are also many children with learning disabilities and autism being placed in profit-making institutional medical facilities, where their conditions and behaviour often deteriorate.  The media in the UK has recently shone a spotlight on both these issues.
Another way that people from wealthier countries unwittingly become involved in child institutionalisation is through their support for orphanages in low-income countries, often through church fundraisers, or as volunteers at orphanages in Africa, Asia or Latin America.  Child protection experts, including UNICEF and Save the Children, now advise people who want to make a difference not to support or volunteer in orphanages.  Instead they advocate that the best way of helping children is to support projects with keep families and communities together.  This can be done by supporting schools, health services or livelihood projects in rural areas where children are at risk of being separated from their families.
Institutionalisation is not just a social blight affecting vulnerable children in poor countries, but in all parts of the world.  This is why we all have a role to play in the global movement for deinstitutionalisation.  We can advocate in our own countries for more resources to support families at risk, and we can choose more carefully where our money and time goes when we donate to charitable causes abroad.

Orphanages were created by human beings with the best intentions.  But now that we understand the harm they cause, and we have better alternatives, we can solve this problem and ensure that all future generations of children grow up in loving families where they belong.