One more death, 476 new infections reported in Nepal as national tally climbs to 13,248 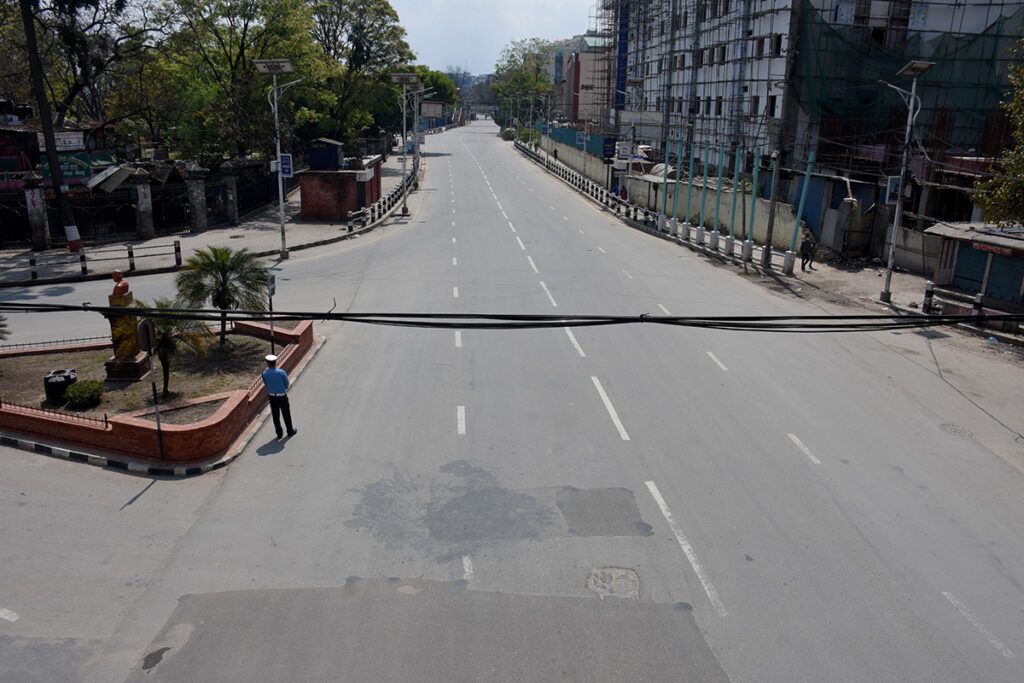 One more death related to Covid-19 and 476 new infections has been reported in Nepal on Monday, taking the national case tally to 13,248.

With 121 people reported to have recovered from the diseases in the past 24 hours, the number of people who have recuperated from the infection so far has reached 3,134.

The Ministry of Health said that the latest death from the ailment was reported at the Sanepa-based Star Hospital, where swab samples of a 30-year-old man from Fatuwa Bijaypur, Rautahat tested positive for coronavirus.

With the death, the toll from the disease has reached 29.

“The patient was admitted at Star Hospital in Sanepa on June 27 after he had difficulty breathing and was undergoing treatment at the hospital’s intensive care unit,” said Dr Jageshwor Gautam, spokesperson for the ministry during a regular press briefing.

“He breathed his last at 8pm the very day after his swab samples were collected and sent for testing. The test results came positive on June 28.” The deceased was suffering from lung ailments and had been receiving treatment at various hospitals for the past three months.

Nepal on Sunday had recorded 463 new Covid-19 cases. On Saturday, Nepal had reported one death and 554 new cases.

The ministry said, “Tests conducted on samples of nine persons each from Pyuthan and Tanahun; eight from Syangja, six each from Dhanusa and Kathmandu; five each from Gorkha and Rupandehi; four each from Mahottari and Chitwan, three from Bara, two each from Dhading, Kapilvastu, Dolpa and Kalikot and one each from Morang, Parsa, Bhaktapur, Dhankuta, Khotang, Rolpa, Makwanpur, Kavre, Lalitpur and Rukum (West), also came positive for coronavirus,” Gautam added.

With 1,362 cases, Rautahat district has the most number of infections in the country, followed by Dailekh which has so far reported 776 cases.

“So far, 223,630 polymerase chain reaction tests and 297,871 rapid diagnostic tests have been conducted across the country,” said Gautam.