Who does ‘voluntourism’ actually help? Trips run by WE and other charities draw skepticism 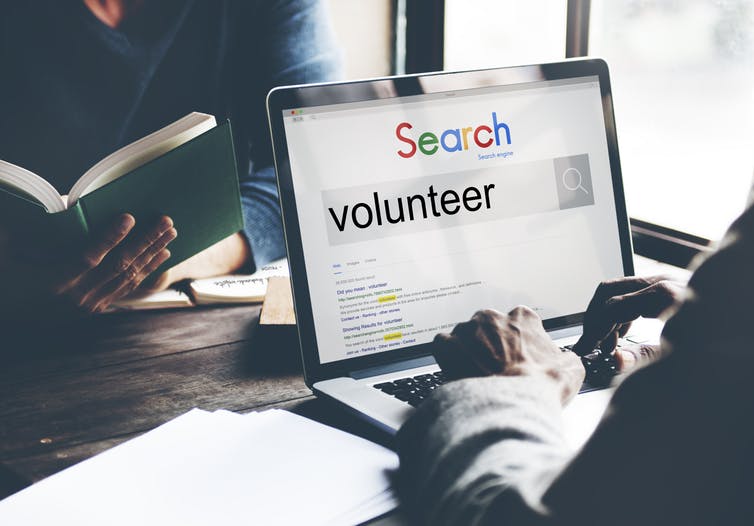 Part of WE Charity’s overseas trips allow people from North America to “step into the shoes of Maasai warriors” in Kenya, or “experience a shamanic ceremony and get hands-on weapons training” in Ecuador.

Who does ‘voluntourism’ actually help? Trips run by WE and other charities draw skepticism

This week, Finance Minister Bill Morneau announced he had reimbursed the charity $41,000 after failing to pay for hospitality from WE for two trips that he and his family took two years ago.

But the sort of “voluntourism” trips that WE and other charities run have been greeted with some skepticism in the not-for-profit sector.

Nicolas Moyer, president of the Canadian Council for International Co-operation (CCIC), an umbrella group for international aid organizations, said the risk of such trips is that they focus on the wrong people.

“There are many risks that voluntourism, if not set up properly, will focus primarily on the interests of the participants, not on the community where they’re going.”

On the ME to WE website the trip to Ecuador, which aligns with what Morneau reimbursed, includes a jungle walk or canoe ride, work on a development project and a tour of an “agricultural learning center,” where participants learn to make their own chocolate. It also includes nature walks, cooking lessons and the “shamanic ceremony” with hands-on weapons training. The Kenya trip includes many similar features along with trips to a giraffe center, a safari and more weapons training.

Morneau said this week that his trip including helping to build a school in Ecuador.

The National Post asked WE if the Morneau family’s itinerary had been the same as these trips, but did not hear back before press time. Morneau’s office said his wife and one daughter went to Kenya with the organization, while the minister, his wife and three children went to Ecuador.

On the ME to WE website advertising the trips, ME to WE said they offer an opportunity to create lasting change in the communities.

“Every ME to WE Trip takes place in a region where our renowned partner, WE Charity, works with communities to implement holistic, sustainable solutions with their over 20-year experience,” reads the website. “As a traveler, you’ll have the opportunity to create real change on the ground.”

The WE Charity website said it “supports community development in areas where there is a high incidence of child labor, exploitation of children and minimal opportunities for the girl child.”

As a traveler, you’ll have the opportunity to create real change on the ground

Moyer said he did not have first-hand knowledge of WE’s trips, but he was concerned about trips that mixed tourism with international development.

“As head of a national association for international development, I’m very concerned when these two issues get put together,” he said, “It’s not to say they can’t be done well, but there’s a high risk that they’re not done well.”

Moyer said volunteers donating their time to help have been a major part of Canada’s efforts overseas across decades, but those were usually months-long commitments where Canadians brought a skill set not available in poorer parts of the world.

He said there were a lot of issues to consider when bringing over wealthy North Americans to poor countries for a feel-good trip.

WE is not a member of CCIC, which represents the Canadian arm of many major organizations like World Vision, Oxfam, the Red Cross and the Amnesty International. WE is a member of the Ontario Council for International Cooperation and said they were not opposed to joining CCIC.

“There are many associations that bring value to charities and we have selected the OCIC as our primary association with respect to international development at this time. We are certainly open to also joining the CCIC,” the charity said in an email.

It’s not to say they can’t be done well, but there’s a high risk that they’re not done well

WE didn’t respond to several specific questions before press time but did release a statement about why it asked Morneau and his wife to come on the trips.

“WE Charity extended the invitation to Nancy McCain and Bill Morneau because they are well-known philanthropists with a history of significant donations to international development programs.”

Morneau’s press secretary Maéva Proteau said the family was interested in attending as part of long-running philanthropic efforts in Africa.

“Before he ran for office, the minister’s family led the development of a girl’s school in Kakuma Refugee Camp in Kenya. And over the last three years they continued their efforts to help refugee students from Kenya continue their education here in Canada,” she said in an email.

WE has become embroiled in controversy after the Liberal government awarded it a contract to run a student volunteer program. The charity was to be paid as much as $43.5 million to run the $912 million program that would have given bursaries in exchange for volunteering.

Ministers are prohibited from accepting sponsored travel under ethics rules, Morneau said at committee he had covered $52,000 for airfare and hotels on the trip, but had not paid for his time at WE’s facilities. Proteau said the lack of payment was an oversight, which is why he paid for the costs this week.

“As the minister stated, he expected and always had intended to pay the full costs of these trips, and believed he had done so. He acknowledged that not doing so — even unknowingly — was not appropriate.”

WE isn’t the only charity to offer travel to parliamentarians. Under ethics rules, ministers and parliamentary secretaries aren’t allowed to take sponsored travel, but backbench and opposition MPs are as long as they disclose the trips.

A review of recent years filings show charities like World Vision, Results Canada and the Canada Foodgrains bank have sponsored MPs from the Liberals and the opposition parties to travel on several occasions.