Voluntourism Is On the Rise—But What Does It Actually Mean to Give Back on Vacation? 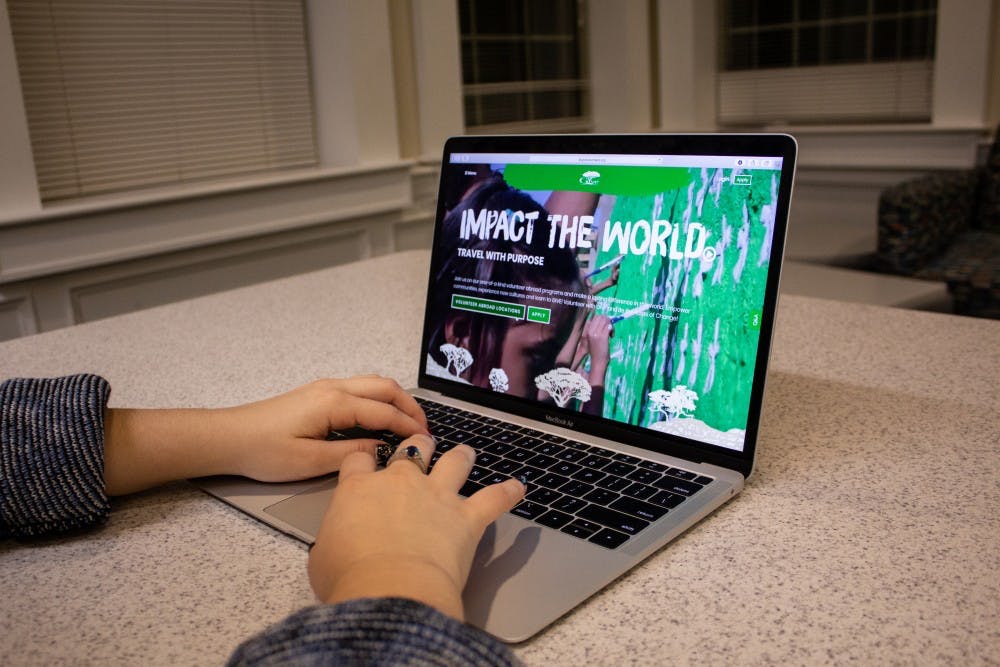 In a time where most of us feel particularly moony-eyed at the thought of a vacation, the sense of responsibility we have as travelers also seems to weigh heavier than ever—terms like ‘carbon footprint’ and ‘ethical travel’ have become embedded in our travel lexicon, and there’s a collective desire to help those who’ve been hit harder by the pandemic to get back on their feet. Especially in the destinations we care most about.

But while our attitudes towards things like single-use plastics may be clear-cut, confusion around the concept of voluntourism lingers. How could humanitarianism—or offering a hand to those in need—be anything other than ethical?

There are countless companies that promise to make it easy for travelers to pair volunteer time with a trip they’re already taking, giving us the ever-so-convenient offering of voluntourism. And while there are plenty of programs that immediately raise an eyebrow—like those that charge a steep fee with minimal data on where the money goes, for starters—many travelers hold out hope that there are, in fact, still some forms of the practice that do good, namely those where companies appear to have abandoned the label but retained the sentiment. Yet net-gain voluntourism feels increasingly harder to identify.

While naturally there is a place for meaningful aid work, the difference between volunteering and ‘voluntouring’ is stark—primarily because, as some believe, volunteering for a short period of time (whether it’s for two days or two weeks) is rarely enough time to do anything beyond boost the traveler’s own sense of purpose.

Zina Bencheikh, managing director of Intrepid Travel, the industry’s first B-Corp-certified tour operator, believes that problems often arise when volunteering and tourism are combined. For that reason, the company’s partners are indirectly supported through its non-profit offshoot, The Intrepid Foundation, which is funded with a portion of every customer booking. One such partner is Education For All, a charity based in a rural area of Morocco where more than 80 percent of girls are illiterate; they build boarding houses in front of schools and recruit volunteers to assist them by teaching art and foreign languages.

“[Education For All] gets people to come for long periods of time so they can become immersed in the culture, understand all the customs, and can start to have a properly positive impact—but it takes six months to a year for that to happen,” says Bencheikh. “If those volunteers then happen to discover the country and travel, it wouldn’t be considered voluntourism.”

There are also longer-standing reasons why the word ‘voluntourism’ strikes such a worrisome chord for many. Historically, it has been the preserve of both missionary groups and teenagers who weren’t quite ready for college. Tourists would travel to ‘third world’ countries to participate in purpose-driven voluntary work, often arranged by church groups or other organizations, then jet home a short week or two later—having either tried to bring “civilization” to the “uncivilized,” or having had a fun time on someone else’s dime.

Nowadays, such parachute-in volunteering manifests more discreetly. Many luxury hotels with responsible-travel messaging have established charitable foundations to work directly with communities around them, that encourage fleeting guest participation—whether it’s through workshops, volunteering to teach classes, or meeting residents—without vetting who they’re sending in or what knowledge they have to impart. More often than not, such foundations (and the resorts that host them) are overseen by majority-international boards, meaning decisions that directly impact the communities in question are still being made for them in faraway spaces—making the divide between empowerment and exploitation a murky one.

Some in the sector say that travelers need to remember that charity, after all, is rooted in colonialism—and the resulting power structures have to be considered. “When people travel here, they need to approach communities with cultural humility and a commitment to challenge the traditional power dynamics whenever possible,” says Lubega Wendy, co-founder of Kampala-registered non-profit, Kusimama Africa, which focuses on action, advocacy, and education and runs the popular No White Saviors campaign. “[They need] to sit with the fact that, coming from the Global North to the Global South and a community like Uganda—whether you’re Black or white but mostly if you’re white—you hold a certain kind of privilege. If you’re walking into communities where most people think that because you’re white, you’re inherently better than them, it means they will believe you in whatever decision you make. It’s an imbalance of power.”

Fool-proof ways to lend a hand:

-Donate to locally-run organizations in your destination

-Book travel through operators, hotels, and others that donate to their communities

-Follow your money: Make sure the dollars you spend on a trip go into local pockets, not foreign ones

So, how can tourists turn the tide and give back in a responsible way? Change starts at home—whether it’s understanding the history of the place you’re visiting, how your country’s foreign policy impacts them, or researching native businesses that are making impactful changes on the ground (they could be owned by someone from a historically exploited community, or maybe they’re just shaking things up in a field you’re passionate about). One of the most powerful ways travelers can uplift communities is to educate themselves before they even visit: to understand concepts like tourism leakage, which occurs when only a fraction of the money spent by tourists in a destination actually stays there, and try to counteract it. (For example, just five percent of money spent by tourists visiting developing nations actually stays there—the rest is absorbed by foreign-owned hotels and businesses, who funnel their profits offshore.)

And as for truly impactful volunteer work? It’s no vacation.