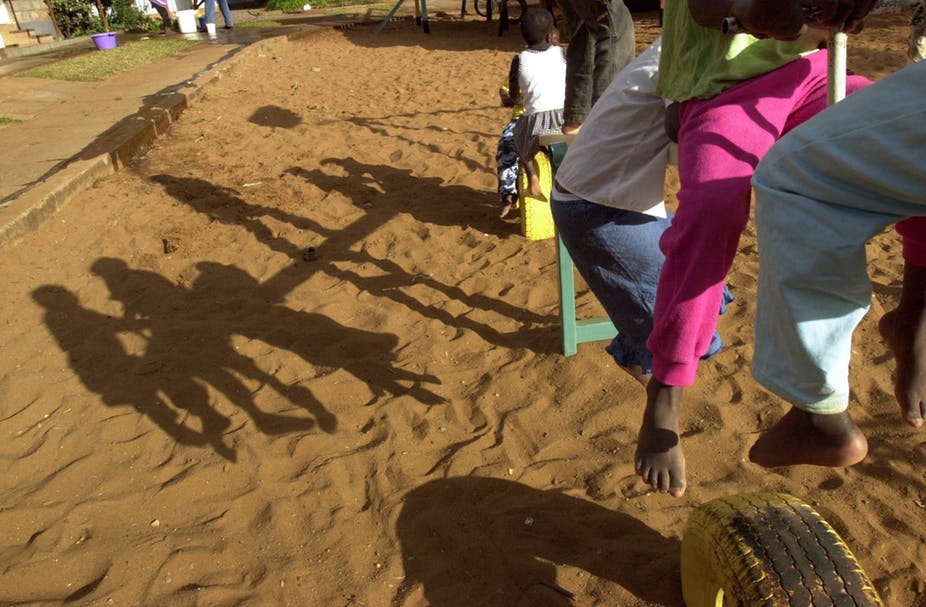 Kenya has taken significant steps to place family-based care at the centre of its child protection system. This is a break from the decades-old practice of privately-run institutions providing institutional care for disadvantaged children. These institutions largely fed off the effects of poverty, lack of access to services and education, disability and family breakdown.

There are still an estimated 40,000 children in 830 children’s homes across Kenya. Most are privately-run. Comprehensive information on the actual number of institutions and children living in them is unavailable. But a count is under way in five of the country’s 47 counties.

Research has shown that institutional care is inherently harmful to a child’s development and well-being. It places children at increased risk of neglect, physical and sexual abuse as well as exploitation. Children are also more likely to suffer developmental delays that result in poor mental health, academic failure, and increased chances of behavioural problems later in life.

Research also shows that most children are placed in care because of poverty – not because they don’t have families.

Family is universally recognised as the natural and fundamental unit of society and the necessary basis of social order. This is endorsed by the United Nations Convention on the Rights of the Child and the African Charter on the Rights and Welfare of the Child. So too does the Constitution of Kenya recognise this.

In this sense institutionalising children runs counter to Kenya’s traditional approach to children being cared for by extended families or friends in their own communities.

Two years ago Kenya announced a long-term action plan to end the institutionalisation of children. It also placed a moratorium on the registration of institutions.

This built on alternative guidelines for care introduced in 2014.

Kenya’s national policy efforts have recently been deepened further. The governor of Murang’a county in central Kenya has signed a declaration to protect the rights of children. The declaration – championed by Stahili Foundation in Kenya and Leiden University in the Netherlands – is the first significant step taken by a county to address this particularly vulnerable population.

The governor’s action is significant because, under Kenya’s Constitution, powers and resources have been devolved from national level to the counties. Counties now have the responsibility of safeguarding and promoting the welfare of children and mobilising resources on their behalf. Other functions transferred to the county governments include pre-primary education, health, development, and the running of children’s care facilities.

The hope is that other governors will follow suit, and that this in turn will speed up Kenya’s transition from an out-dated form of caring for vulnerable children to one that’s relevant to the 21st Century.

Most African countries have weak oversight of child protection services. On top of this, institutions have become lucrative money-making businesses in a number of countries. Reflecting a phenomenon which has been called the “orphan industrial complex” residential care institutions, which are often not registered with authorities, are being fuelled by money obtained through donations and “voluntourism”. This means that children’s rights are often violated.

The recruitment of children to orphanages for the purpose of exploiting them for financial gain is child trafficking. This was reported in a number of countries by the 2018 US Department of State Trafficking in Persons Report. Prosecutions are seldom forthcoming, if at all.

Murang’a County is not immune to this problem. Child trafficking to institutions as well as other forms of abuse and exploitation, are well-documented.

Against this background, the current Kenyan care reforms and local initiatives such as the Leiden Declaration designed to end institutionalisation and strengthen family-based care take on added significance.

The declaration sets out a series of commitments to protect children by reforming the way in which children are cared for in the county. The governor’s commitments include enacting a Children’s Bill to enhance protection, strengthening the county’s social work force, and establishing a children’s office and ombudsperson.

Kenya is not alone in the reform of care systems for children. Countries across the world – and the continent – are dismantling institutional care and redirecting resources towards family support and strengthening other forms of family-based alternative care. These include kinship and foster care.

Rwanda, for instance, is poised to make the country institution-free. It’s already closed 29 of the 35 institutions in the county.

Neighbouring Uganda has also taken important steps in the same direction. Last year, not a single child was admitted to a children’s home in the pilot district of Tororo.

Sudan, a predominantly Muslim country, has similarly committed to a system that explicitly rejects institutional care. As a result, it has strengthened its care system called kafala and provided preventive services.

The Leiden initiative comes ahead of the United Nations General Assembly expected to adopt a resolution on children’s rights to coincide with the 30th anniversary of the Convention on the Rights of the Child. The resolution will focus for the first time on the issue of children without parental care.

This is an important opportunity for member states to review progress made in preventing unnecessary family-child separation and providing appropriate alternative care, and to recommend specific actions to strengthen care reforms globally.

Change starts at the local level as Murang’a county in Kenya is doing to ensure that children are protected. This is precisely what is needed across the globe.