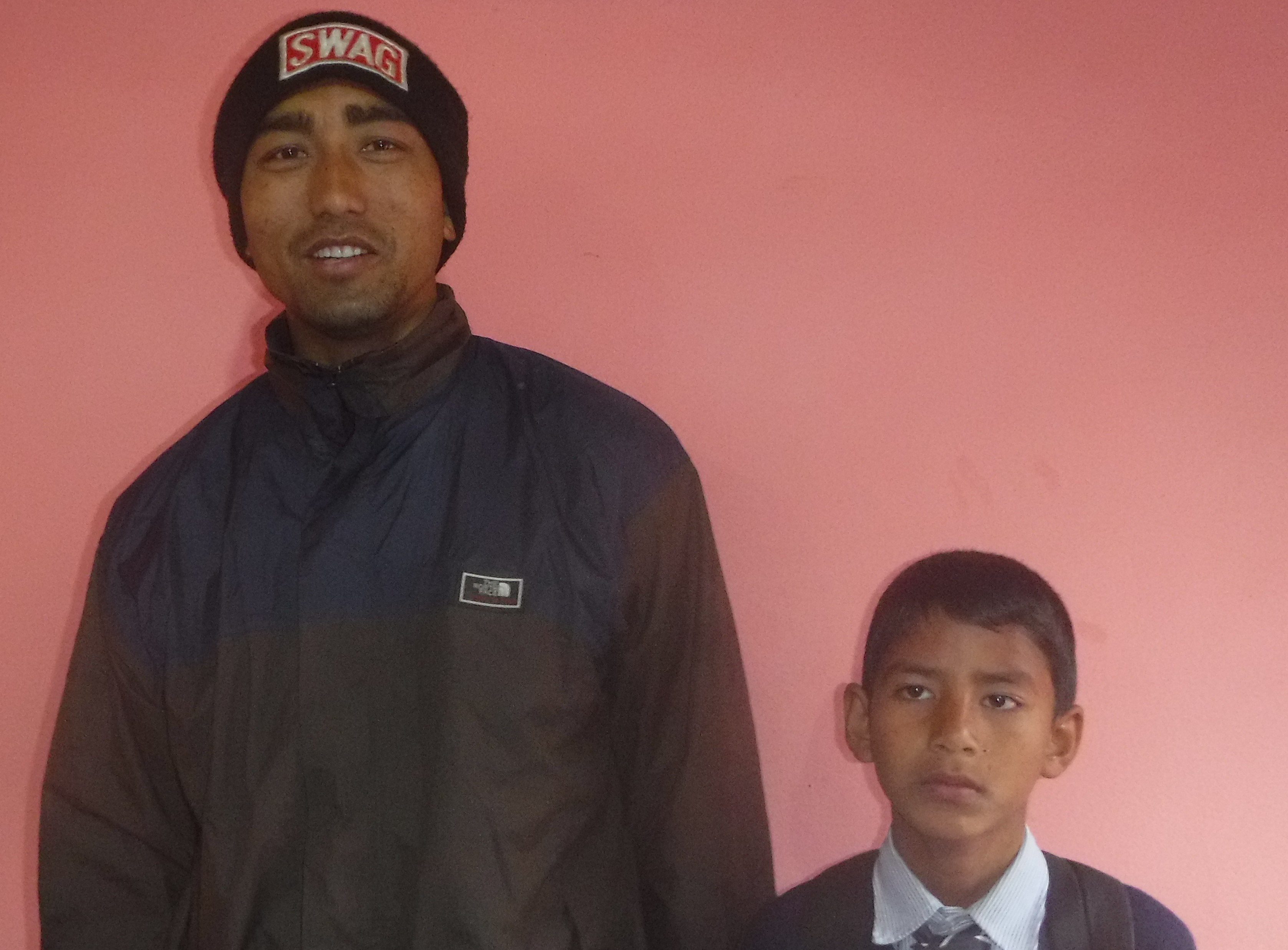 After the Great Earthquake of 2015 NGN rescued and returned 132 children in the Sindhupalchowk District of Nepal. Fairly remote and very poor, this district was one of the hardest hit by the earthquake. Always subject to brutal landslides brought on by the steep terrain and monsoon rains, Sindhupalchowk is a very difficult place to live even in the best of times. And these are certainly not the best of times. The occasional aftershock still strikes, mudslides are endemic, and very little if anything has been rebuilt since the earthquake.

The families of the children that we are monitoring are still struggling. Their children remain at-risk of being re-trafficked. NGN is doing everything we can to make sure that will never happen.

This is the story of Upesh who is 12 years old. Upesh is a semi-orphan who lost his mother when he was very young and is living with his father and stepmother.  After the earthquake hit he was intercepted and rescued by the NGN team and the Nepal Police. As the team boarded buses at designated exit points in the District, Upesh was one of the many children found and intercepted while being taken from his family to Kathmandu. NGN’s intervention saved Upesh from ending up in a dangerous and abusive situation where his family would never be able to find him. Because of NGN’s interception, Upesh was able to be returned to his family with the help of the Nepal police, DCWB and the NGN team. He is now home and out of danger and attending class 4 in his local school and community

Upesh’s mother died 11 years ago. Since then, he has been living with his maternal family in Sindhupalchowk. There are 8 members of his family, and they are one of the fortunate families to be living in a newly constructed house, which was built since the earthquake. Though they are doing okay, it is still very challenging to support all of those members of the family. Often their resources are so scant that they have not been able to pay the bills or take care of all their children.

Upesh’s father works as a blacksmith in their village, and Upesh’s basic needs are being met by his father and stepbrothers. He is satisfied and happy with his family and school is also going well. Because of their extreme poverty and post-disaster circumstances, NGN will be keeping a close eye on Upesh. To an outsider, it may appear that the family is doing okay, but with a life lived so close to the edge, it only takes a sudden illness or bad harvest to thrust a child right back into the trafficking cycle. We are working for the children in Sindhupalchowk to ensure that does not happen